How to Grow More Cucumbers and Squash

Nothing says summer like fresh cucumbers and squash from the garden!!!  And I love growing them because they are relatively easy to grow and they produce great yields, which is great if you are gardening in a small space! 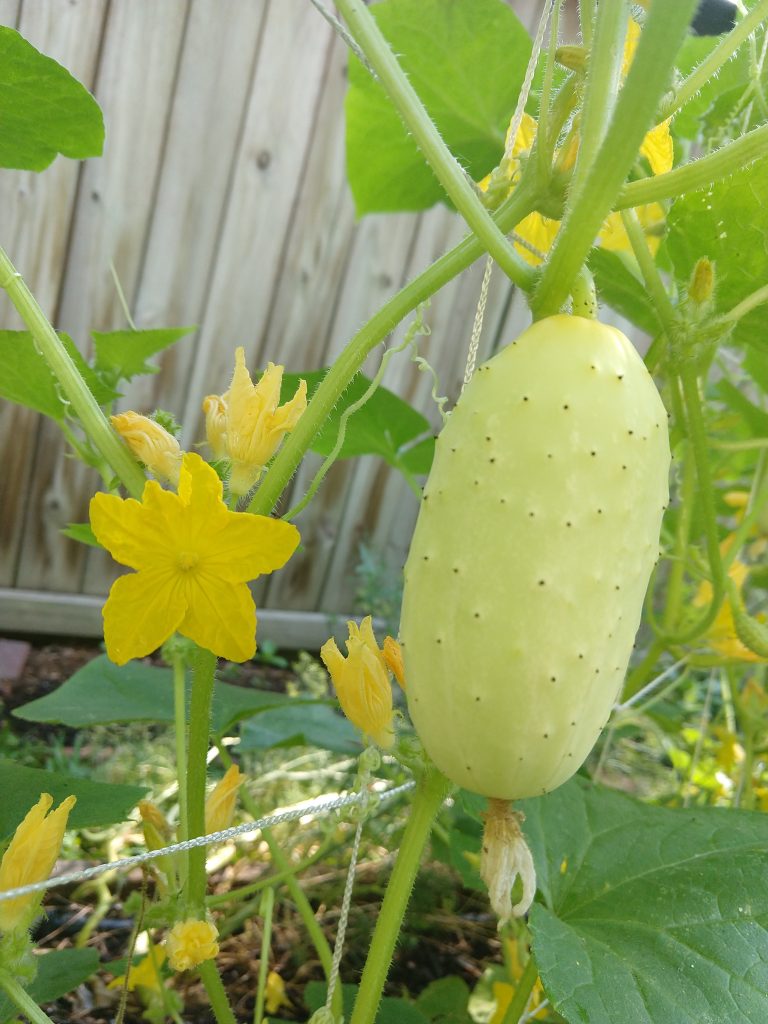 I hope to soon add posts on how to grow lots of different veggies, herbs, and fruits from seed to harvest, but I really wanted to do this post, because when I was talking to my sister last week, she told me that the cucumber vines she was growing were looking good and flowering like crazy but not producing any fruit, and she wasn’t sure if she was doing something wrong!

So if you are having that issue as well, or you would love to learn how to increase your yield of cucumbers and squash, the answer lies in a little discussion about the birds and the bees…specifically bees (or the lack of them) and reproduction (of the plant variety)!

Cucumbers and Squash Have Male Flowers and Female Flowers 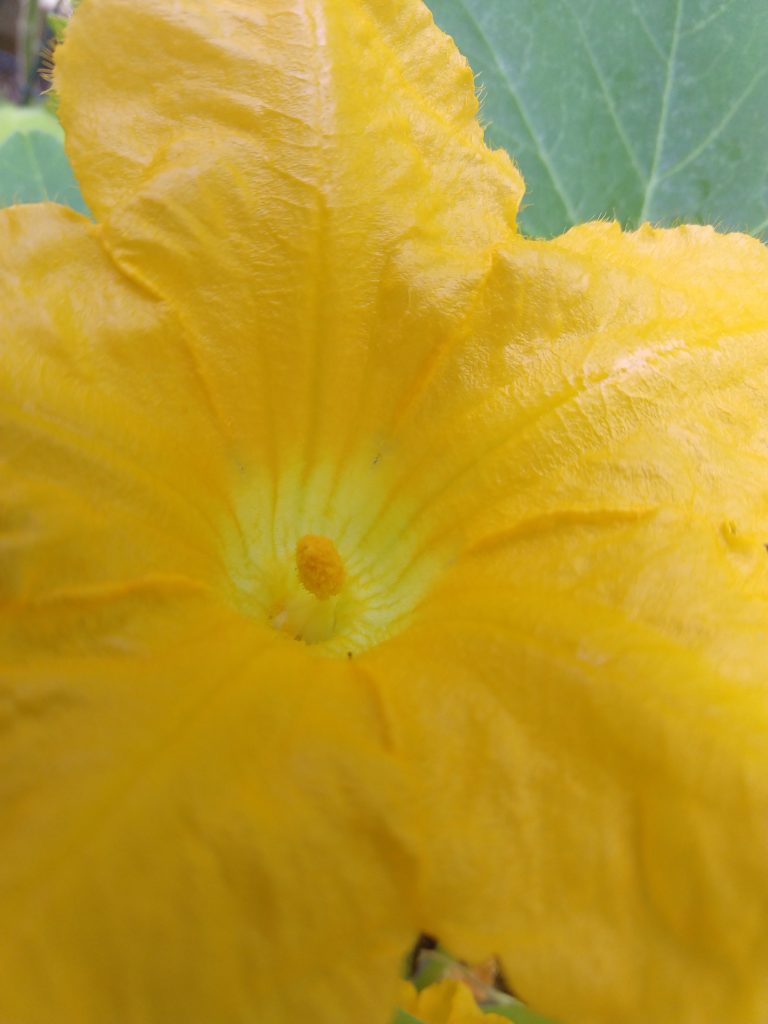 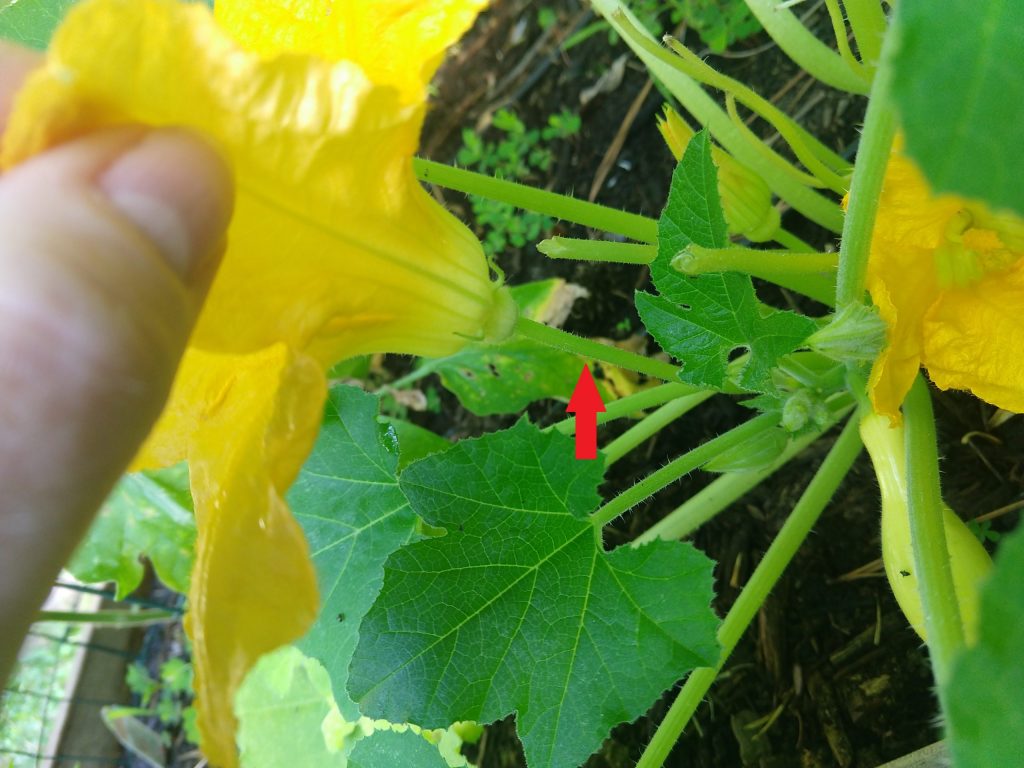 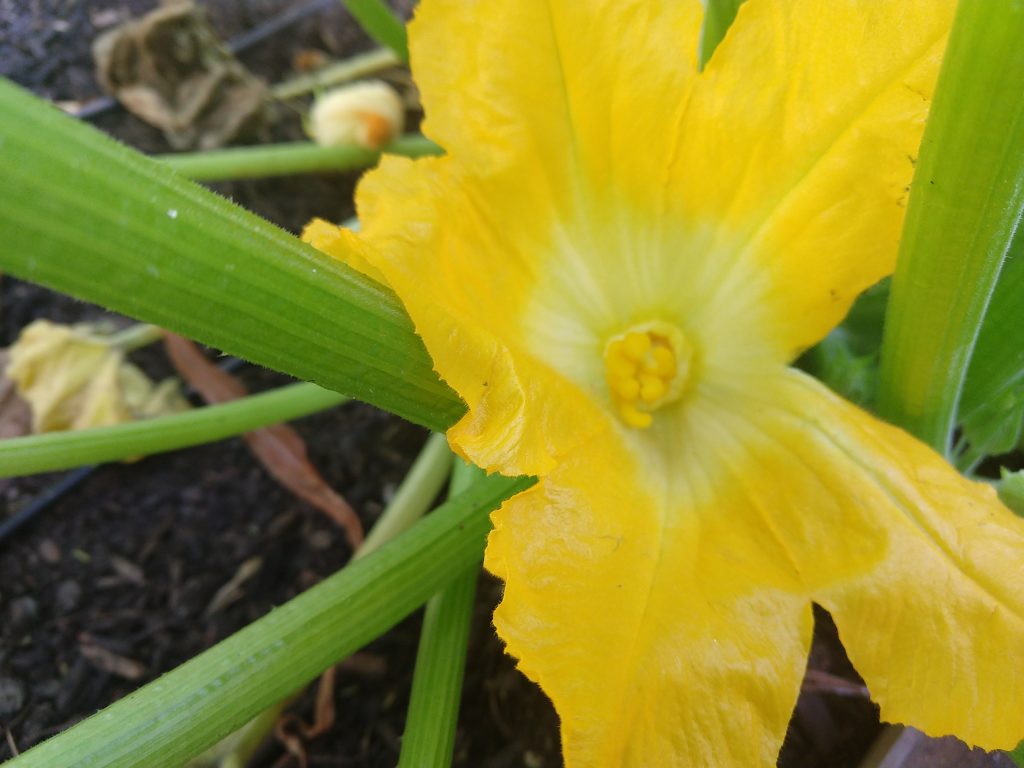 And you can see it almost looks like a small baby fruit attached to the back of the flower… (I also drew arrows pointing to some female flowers that are still immature but will grow and develop and open in a few days.) 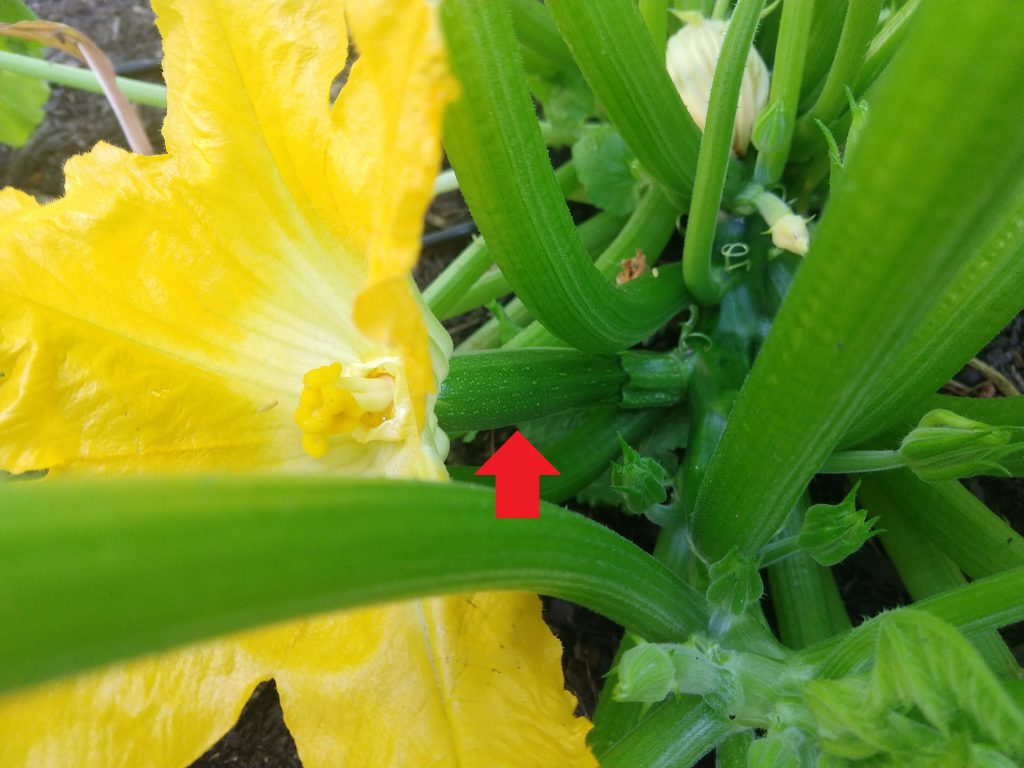 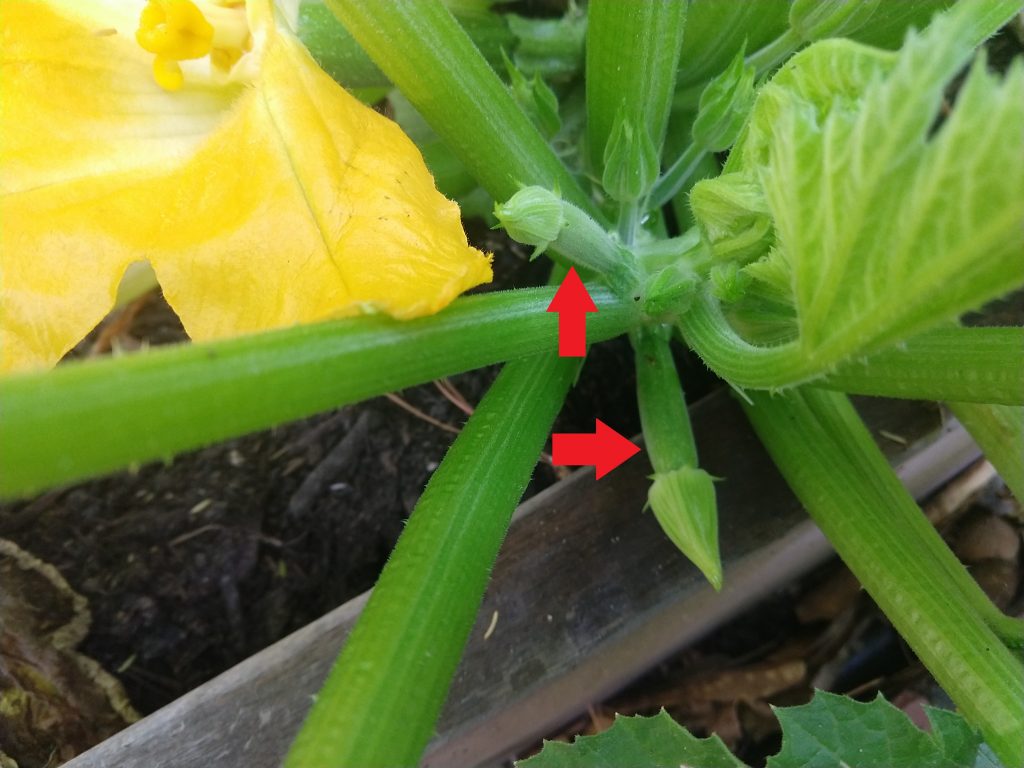 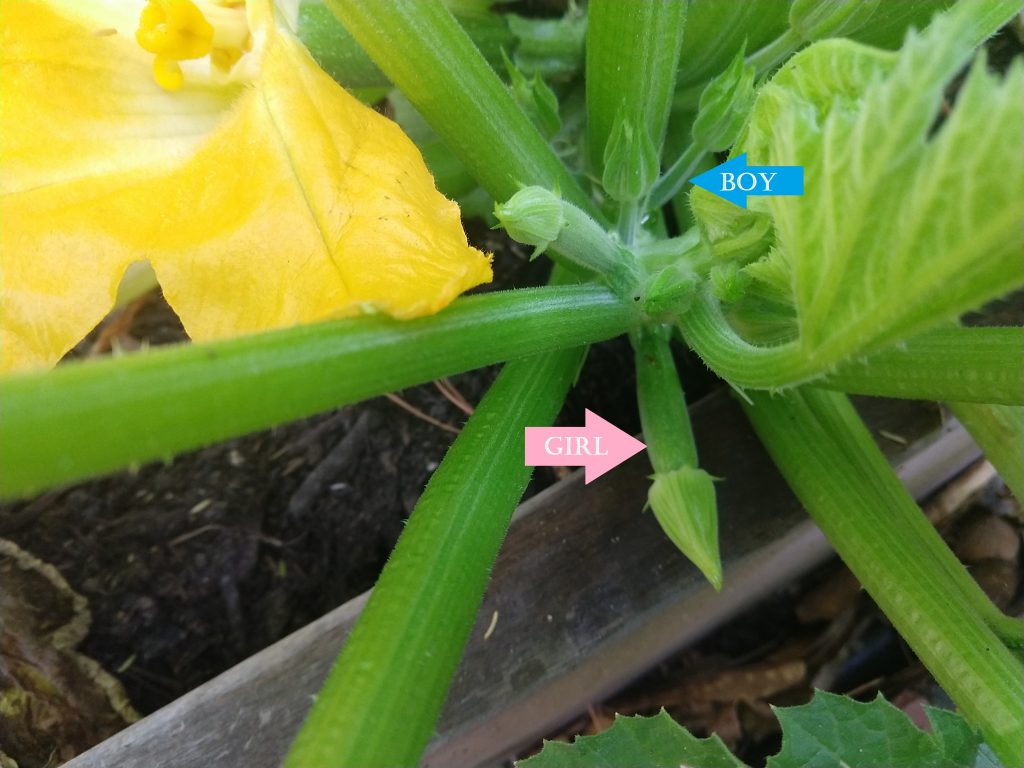 So you can see, the male has just a normal stem, and once it opens it will have the pollen, and the female has the little baby fruit and once it opens, it has a bumpy part on the inside which is a perfect landing pad for pollinators (like bees).

Cucumbers are exactly the same way!  Now that you are a pro in spotting male and female flowers, here is a male cucumber flower.  It’s much smaller, but you can see the pollen tip on the inside and the plain stem coming out the back of the flower. 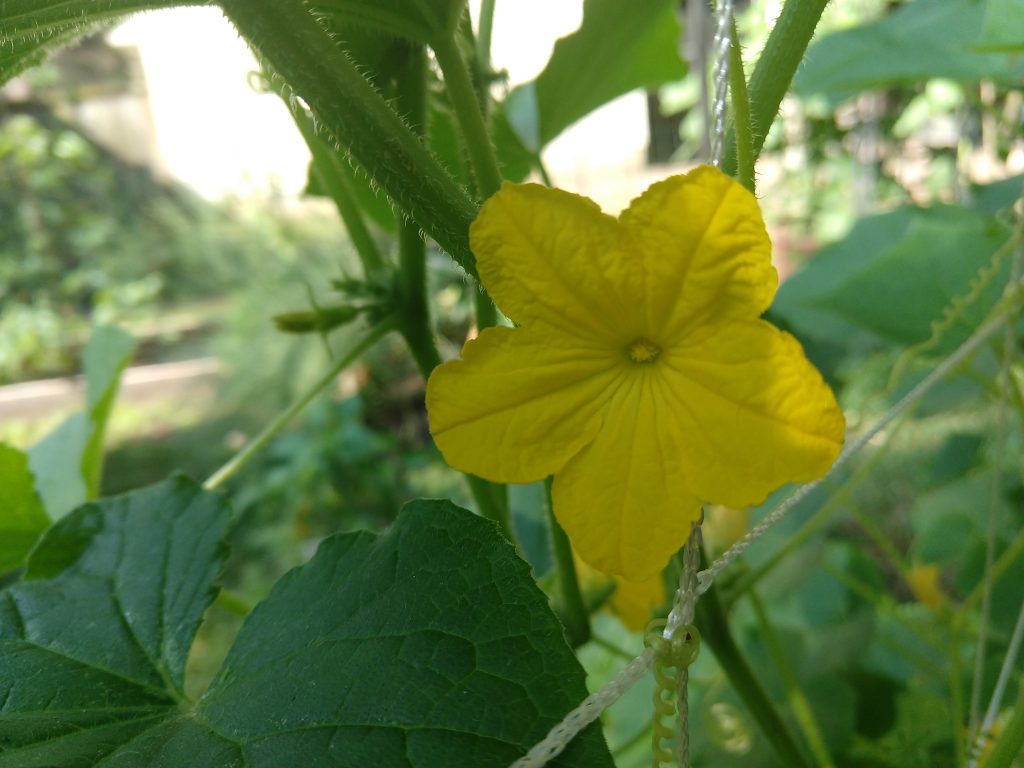 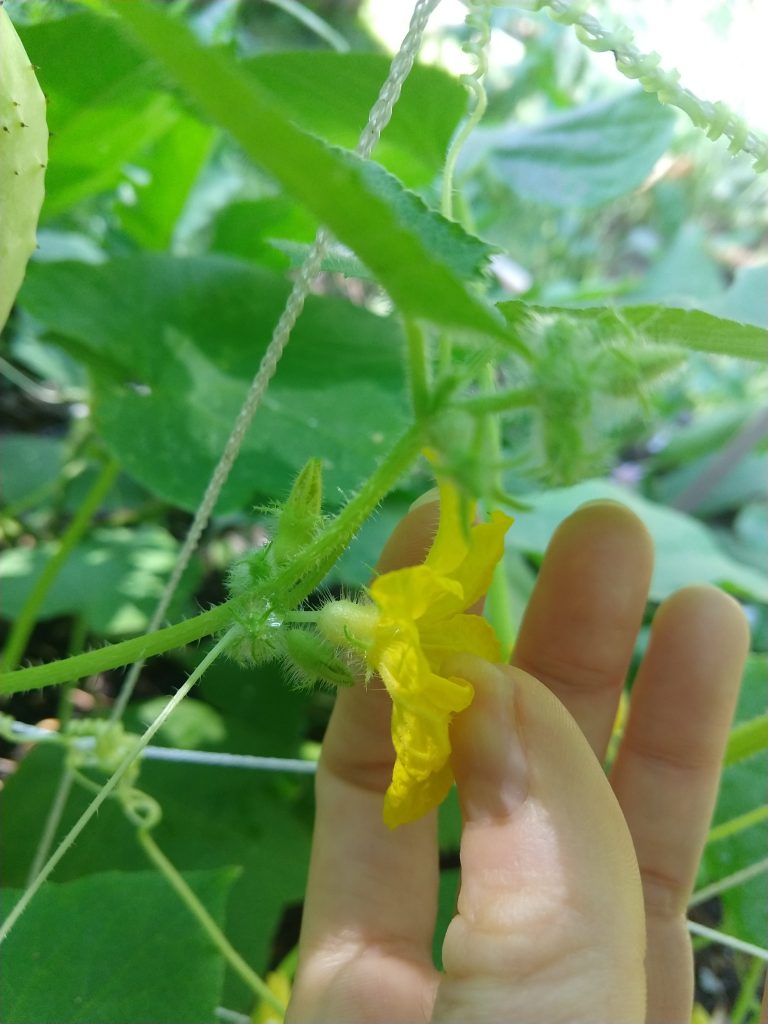 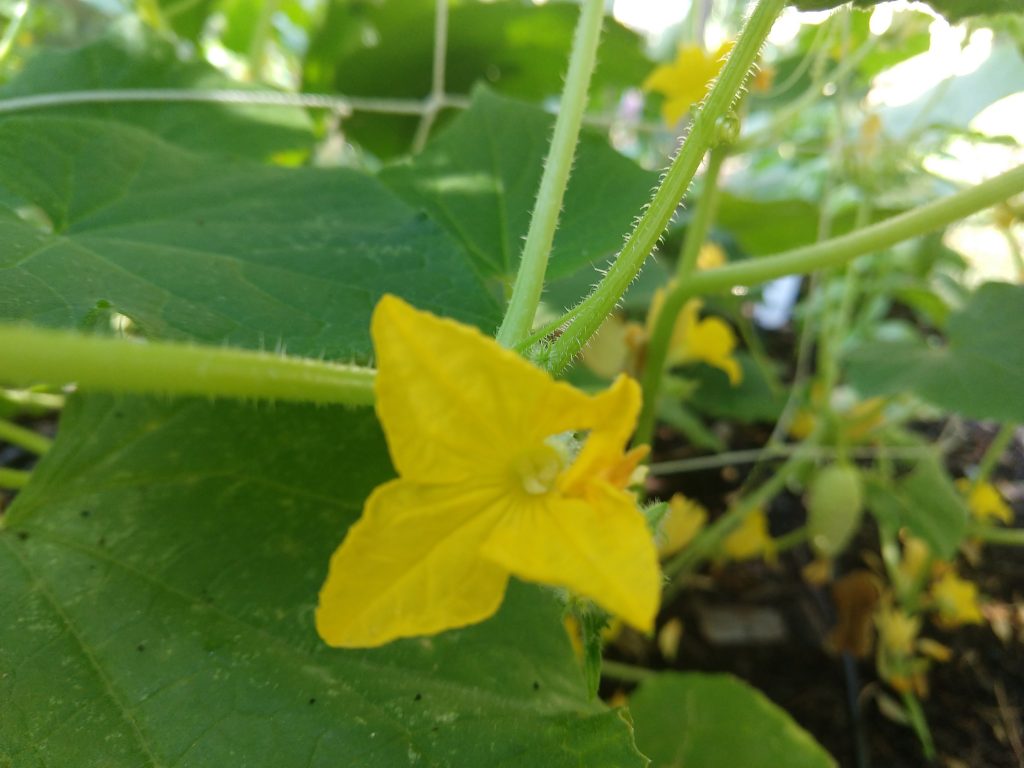 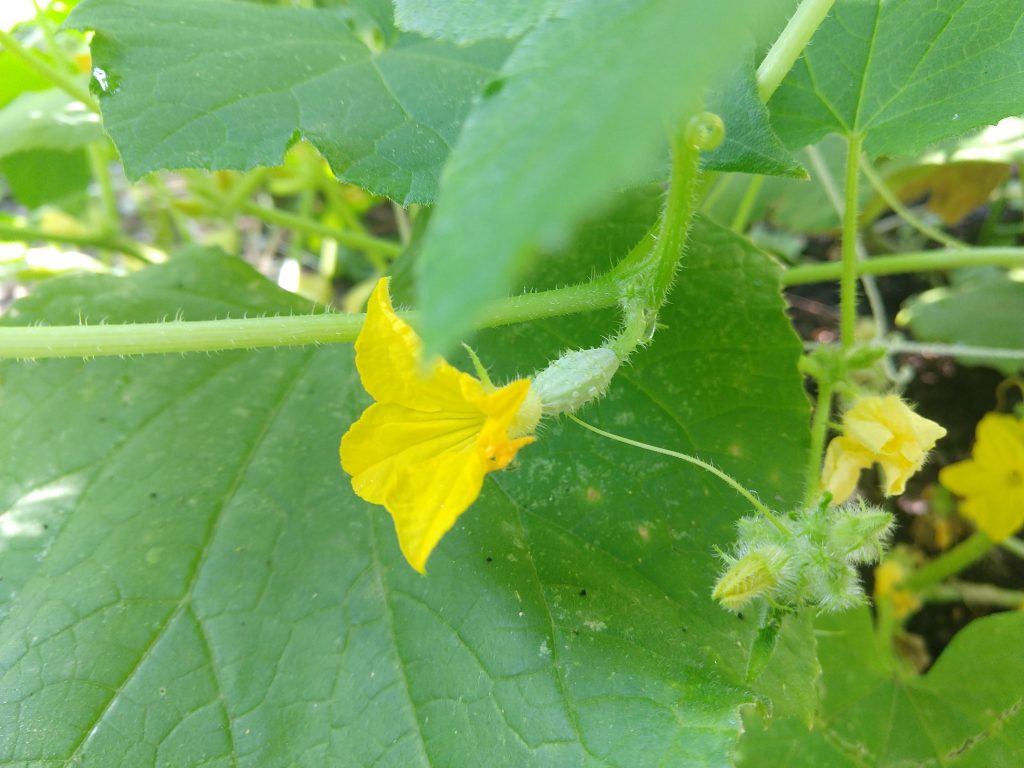 Why is my cucumber or squash plant covered in Male Flowers but I don’t see any Female Flowers???

That is totally normal!!!  Especially when your vines or plant first starts flowering, you may have tons and tons of only male flowers. But give it time and after a few weeks you will see the little female baby fruit flowers!  On my plants, I always have more male flowers in relation to female flowers at any given time, but the amount of female flowers does pick up over time so that you actually get a decent yield of fruit! (Unless pests get them first, like the dreaded squash vine borer…but that is another post for another time!)

How Can I Increase My Yield of Cucumbers and Squash?

The answer, my friends, is hand pollination.  Being in a suburban landscape where bees and other pollinators can sometimes sadly be in short supply due to your neighbors’ use of pesticides (or even your town’s use of mosquito sprays, which infuriate me!), you may have to take matters into your own hands.  But even if you have plenty of pollinators, hand pollinating can ensure your little baby fruits get pollinated and I have noticed in my own garden that often the hand pollinated fruits grow bigger as well!

Now obviously, if you have 5 acres of cucumbers, this is not a viable option (just one reason why we need to protect our pollinators!!!), but for a small garden it is very doable.  And don’t feel like you have to get every one – I let nature do its thing most of the time, and I hand pollinate if I notice some newly opened female flowers as I’m walking through my garden.

Since I have been doing that, I get much more fruit, and the fruit I get is bigger!

So this is how you hand pollinate…

Pinch off a male flower at the stem. 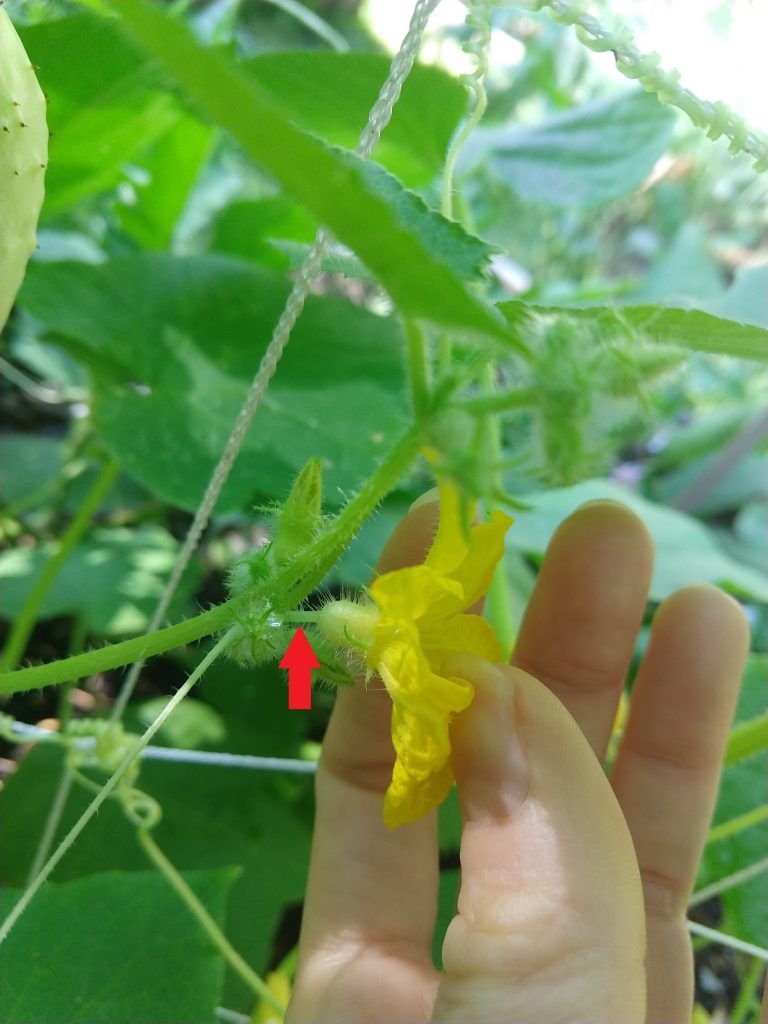 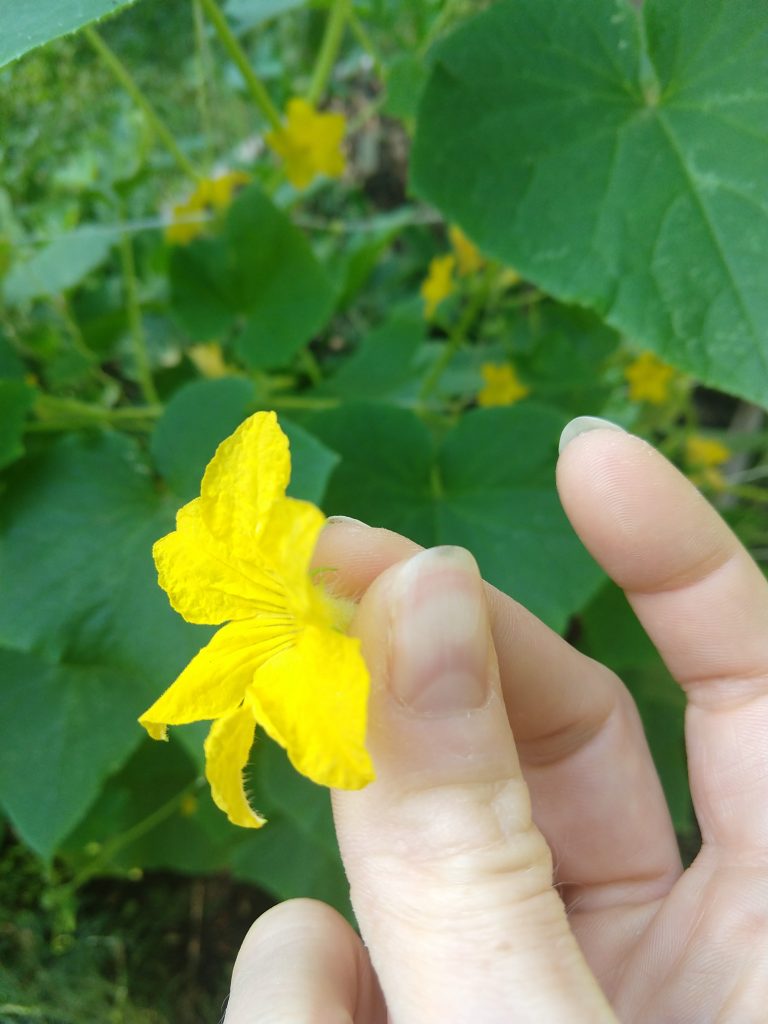 Carefully peel off the outer petals until you just have a stub of pollen. 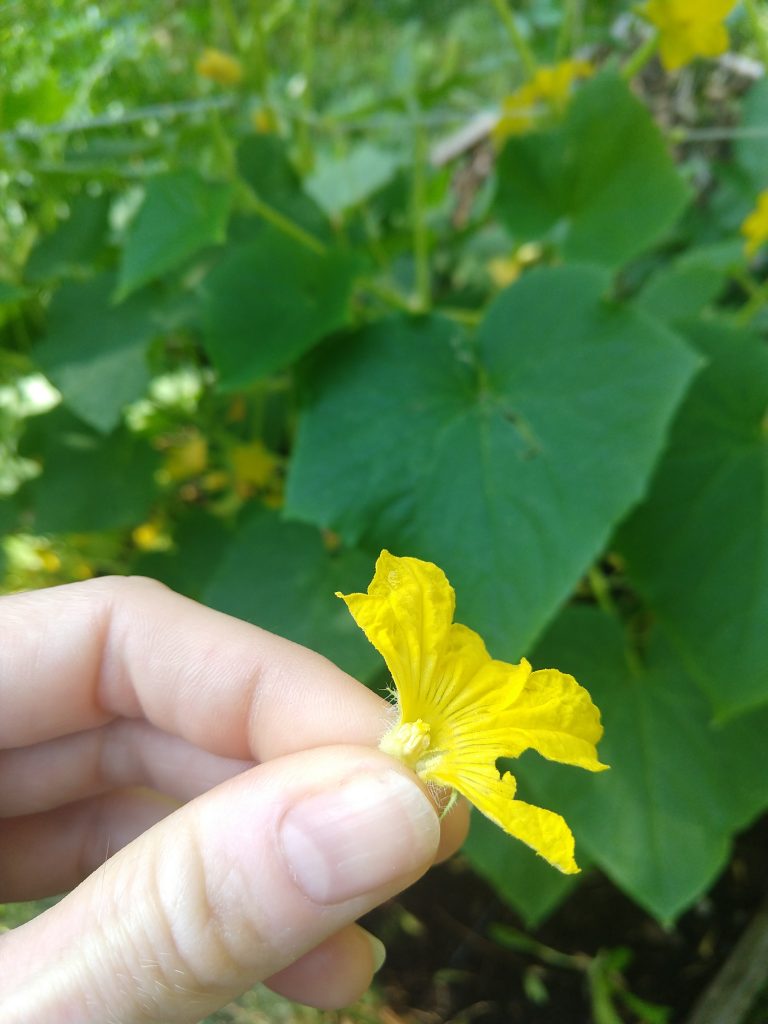 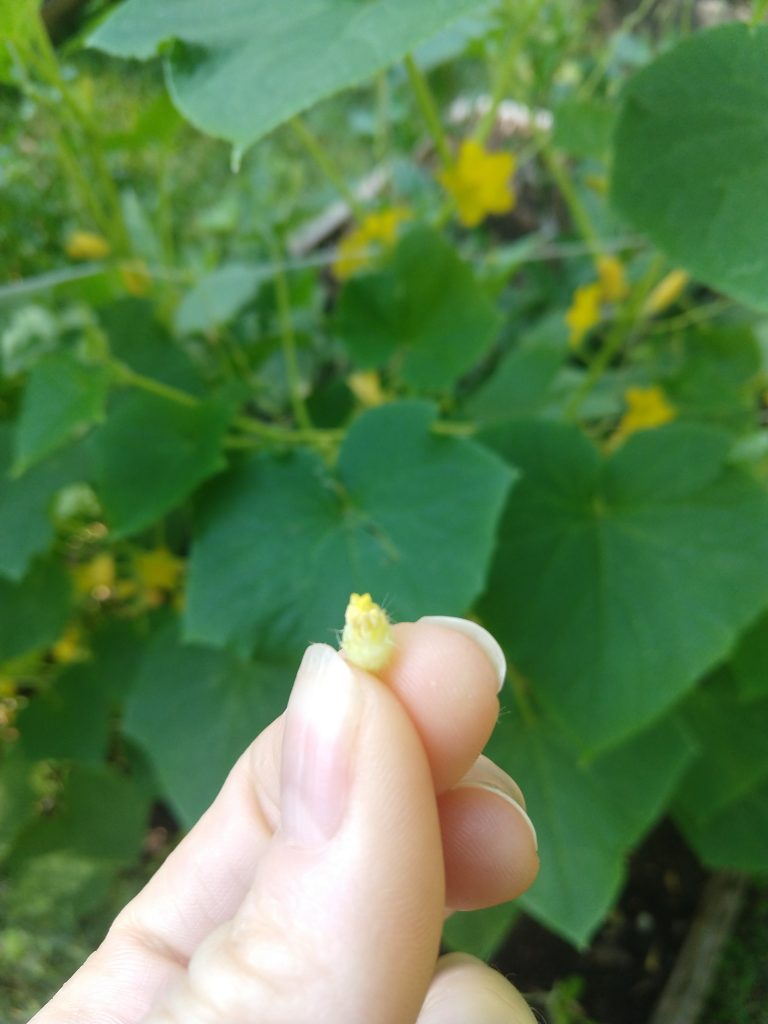 Now you have a perfect little paintbrush to “paint” pollen onto the female part.

Very gently, dab this little pollen “paintbrush” onto the bumpy center of the female flower. 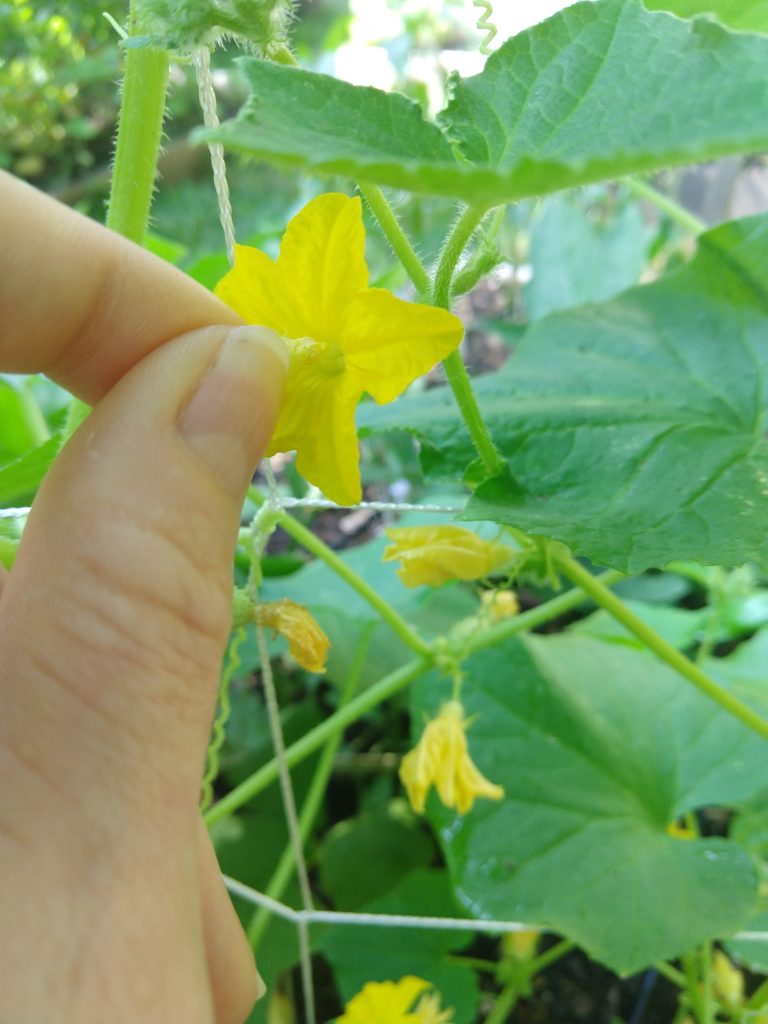 The process is the same for squash, but much easier since it is on a bigger scale!

I have learned that the best time to hand pollinate is in the morning when the flowers are newly opened.  They can still be pollinated if it is later, but the longer the flowers have been open, I find the pollination is not always successful.

I just learned this past week that exceptions can sometimes be made…I had a zucchini plant that I had been waiting and waiting through loads of male flowers for the first female flower to finally open.  It finally did, and then that day there were no new male flowers that had opened with which to pollinate it!!!

I had some shriveled day old male zucchini flowers still on the plant, so I decided to take a chance that the pollen was still viable. I used I think four of the shriveled male flowers (to maximize my chances!) and dabbed what little pollen was left on them on the female flower. And I will tell you what – that zucchini is now enormous!!! It worked! 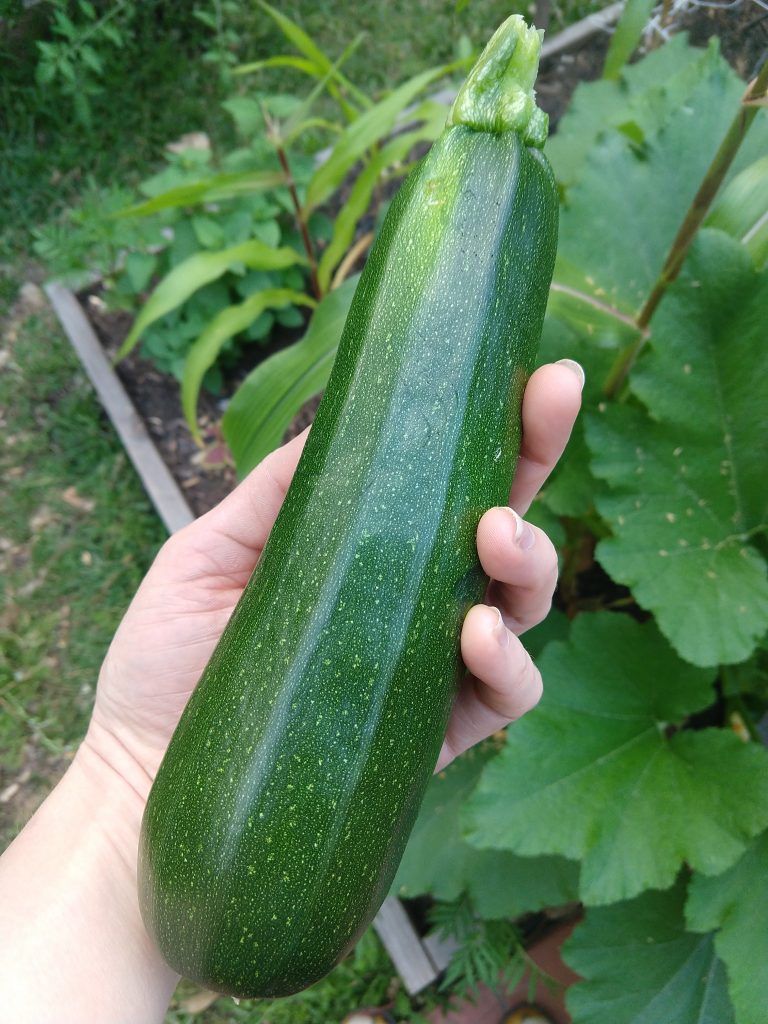 The moral of that story is, morning pollination is best, but any time can work, and if you don’t have any new male flowers on the day your female flowers open, still try using the old male flowers, because they just might still be viable!!!

So, whether you have pollinators or not, hand pollinating your squash and cukes is the way to go for increasing your yields and enjoying a good sized harvest even from a small space! 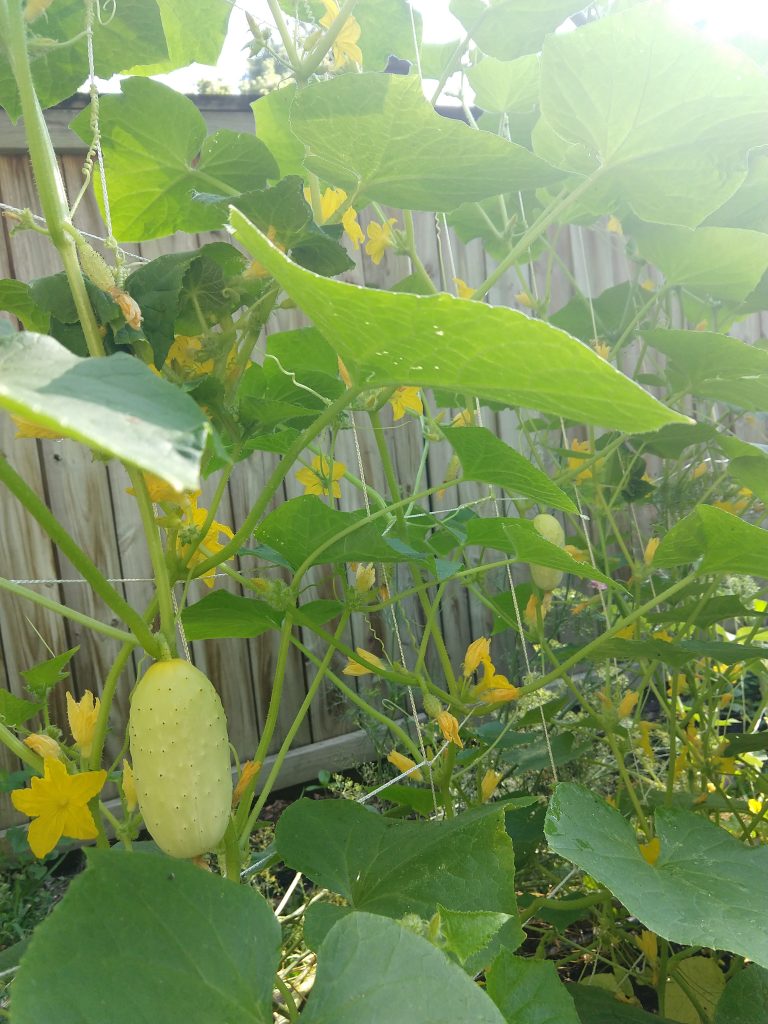 Filed Under: Gardening, Vegetables
Tags: gardening, vegetables
The Three Most Important Things for a Successful Backyard (or Patio!) Vegetable Garden

2 thoughts on “How to Grow More Cucumbers and Squash”

Searching is in progress 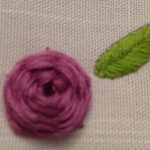 Get Ready For Some Hand Sewing

How to Teach Hand Sewing to Littles

How to Sew a Button 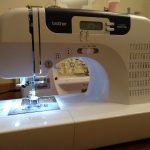 How to Thread the Machine